Hey, this photo is under © copyright 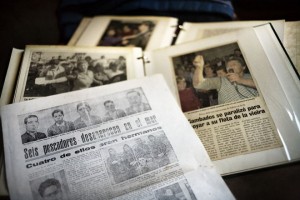 THE SHELL FISHERS OF CAMBADOS. The cooperative effort.

From always the Ría of Arousa was a heritage of everybody that wanted to be served by her. The Ría was exhausting her resources, at the time that intermediaries and wholesalers were buying to the fall the shellfish that the shell fishers were gathering twice a day. Before this unfair situation, The Galicians organized and prepared themselves and promised to fight to dignify ad for regularizing their profession (to control the volume of shellfish that is extracted every day in order that the resources do not become exhausted, to avoid the poaching, to unify the prices, to quote in the National Health Service, to organize shifts of work compatible with the familiar life, etc). Revolts, manifestations, and solidarity protests, during years of fight and sacrifice, met rewarded in the year 2000, when the Autonomous government of Galicia regularized the pride and the value of this profession.